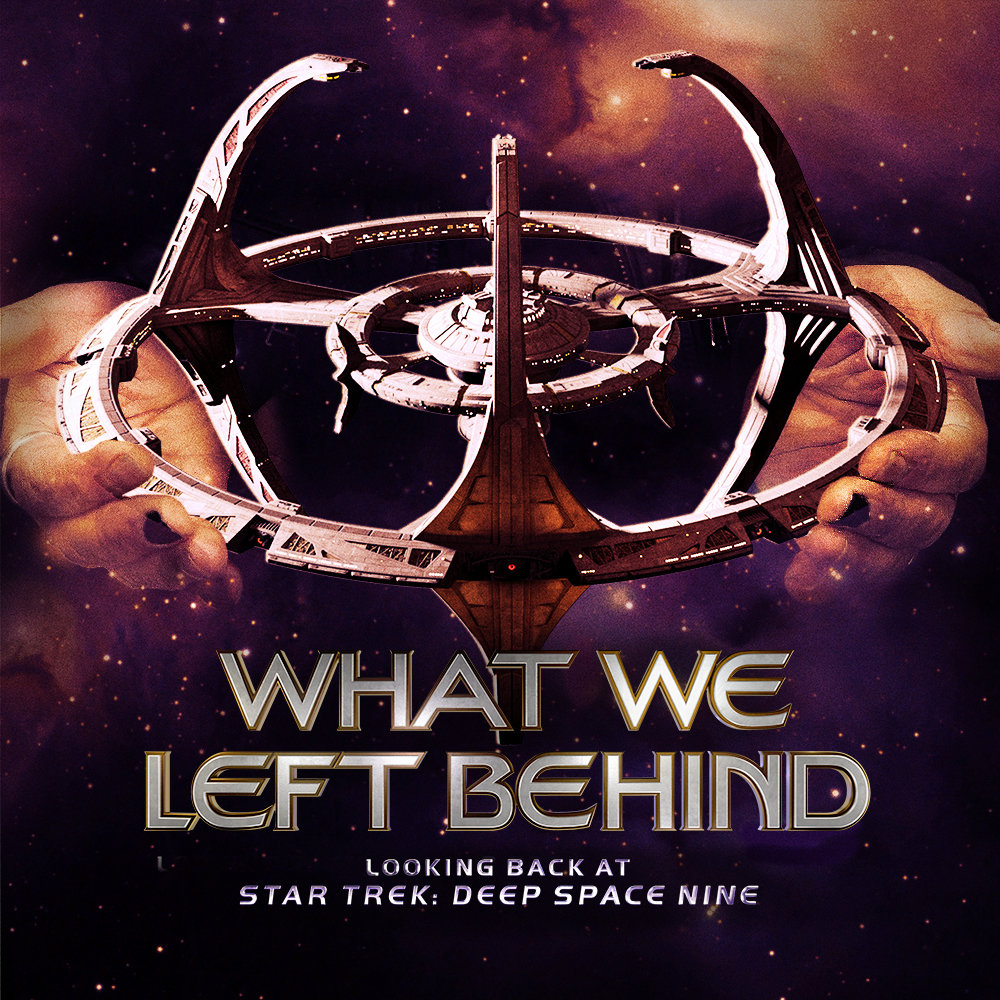 As you may have heard on Engage: The Official Star Trek Podcast or seen announced on TrekCore and TrekMovie.com, we've got BIG NEWS TODAY!

We're pleased to finally share that the team has officially been in talks with CBS Television Studios to gain access to archival masters and original film elements from the Star Trek: Deep Space Nine series. Pending completion of our final crowdfunding goals and accessibility to the materials, we intend to provide select Deep Space Nine content for the first time in high definition format for presentation in our film!
It may be a small step, but it's a very exciting one -- HOWEVER, in order to even have the financial option to pursue this, we need YOUR HELP to reach our final stretch goals! We've got NEW REWARDS COMING TOMORROW, so stay tuned, continue to keep the energy going, and share the campaign with every DS9 fan you know!!
LLAP / Qapla'!
- Adam, David, Kai & the #DS9Doc Team

And what a ways we’ve come! We’re just at our halfway mark today, and we’ve nearly achieved 2 out of our 4 stretch goals, with nearly 5,000 supporters. Awesome!

To celebrate, today we’re releasing a handful of EXCITING new rewards, including an original exclusive ‘Rules of Acquisition’ T-Shirt! As you’ll note, the complete rules themselves are spelt-out and designed in such a way to make up our favorite Ferengi bartender, QUARK!

This shirt is available exclusively through our Indiegogo and is available as an ADD-ON perk, (meaning it’s a standalone and won’t overlap with exiting bundles or higher rewards). To add it on, simply go through the checkout process again through Indiegogo and select your new perk (it won’t cancel out your original). You can always confirm out your order history in the “My Contributions” tab.

In addition to the shirt, we’re also releasing the following new limited rewards:

The campaign has been making waves in so many different circles, we even had a visit from a surprise mystery supporter:

Thanks to you, we’re starting to have even more exciting conversations with cast, creatives and fans of Deep Space Nine. We hope we’ll have more to share with you soon, but in the meantime, keep spreading the word!

"There's an old saying, Fortune favors the bold. Well, I guess we're about to find out." - Benjamin Sisko

Just a quick update to say, we're only one week in and we've just passed the $300,000 mark... incredible! We're well on our way to our second stretch goal.

We'll have more news & rewards tomorrow, but right now we're excited to announce that, due to the overwhelming interest, we are moving the New York premiere to a larger, better venue! At your suggestion, we have just released a new round of perks on the campaign page to accommodate additional backers for NY.

Are you someone who doesn't live near NYC or LA, but would still be interested in attending a premiere event? NEVER FEAR - we're looking into the possibilities of adding another screening location, and we need your input! Help us out by filling out the form below, or visiting bit.ly/wwlbscreening to weigh in:

More coming soon, but in the meantime, keep spreading the word and make some noise for DS9!

Terry Farrell here! I’ve taken over the #DS9Doc campaign today to celebrate our success in passing the first stretch goal, and - more importantly - spreading the love for Valentine’s Day! The cast and crew are all thankful for you, the fans, and we’re so happy to see this renewed LOVE for Star Trek: Deep Space Nine. Continue to share the love with us today, and follow what I've been up to on twitter with my friends at @DS9Doc.

Plus, as a special treat, I’m adding a new limited edition reward - “Terry’s Trill House Cookies.” I’ll be baking some very special batches of my homemade cookies, and sending them out in personalized gift baskets with some special Dax-themed goodies. Don’t miss it - check it out NOW on our Indiegogo page!

Thanks for your wonderful support of this great documentary. We can’t wait to share it with all of you.

P.S.: In case you missed it in my social-media-takeover earlier today, look who I ran into on the Paramount lot! Thanks from all of us here at the #DS9Doc!

Outstanding! With this first stretch goal met, we're able to guarantee the longer-format film this content deserves and extend the scope of our production!

Don't forget, the Lapel Pin Sets are a standalone perk, and can be purchased at any time as an 'add-on' to any of the other bundles & perks!

And, in case you missed The Hollywood Reporter's exclusive sneak peak, here's that video clip featuring our a portion of our interview with the one-and-only Nana Visitor:

Don't go anywhere -- we've got new limited rewards coming this week, plus some surprises from some very special guests!
Onward!